Soul Ties: Gaining the world only to Lose Your Soul (Part one) 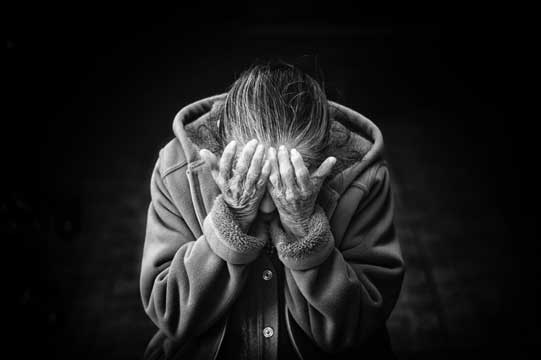 As the name suggests, a soul-tie is when the soul of an individual is inter twined with another individual. Soul tie made with the wrong person(s) is a deadly situation that leads to a plethora of complications and unnecessary damage. People can be in a soul tie with anyone. And what makes it so dangerous is that the individual is unaware of its consequences. Hosea 4:6 says that God’s people are being destroyed because of lack of knowledge. Ignorance is a very big risk in modern day Christianity. Let’s dive a little deeper into the subject.

Have you ever wondered why Jesus had to shed his blood on that cross? Why couldn’t He have chosen a simpler form of death that would have been less excruciating?

Deuteronomy 12:23 and Leviticus 17:11 makes it clear that God forbade his people to eat blood in the meat because blood carries life and on the altar, the blood is for remission of sin, returning man into covenant with God.

In other words, Jesus made a blood covenant with us by shedding the last drop. He had to give His life which was in the blood to redeem our lives. The blood covenant is the strongest covenant ever formed. In the olden days, two allies would make a small cut on their hands and mix their blood. It was a sign that now they are not two but one blood, that their lives are now binding and intermingled with each other. When you enter into a sexual relationship, you enter into a blood covenant with the other person. Your life is now intermingled with your partner. Such a powerful bond becomes dangerous when one enters into such relations outside the perimeter of marriage, which is ordained by God.

We are living in a very volatile space in today’s world. Our colleges and work places are often under the influence of things that do not follow godly principles. It’s very easy to follow their footsteps and go down the road which is contrary to the nature of God. But the risk is huge. It’s a common practice now a days to have multiple partners with whom soul ties are created. Suppose, a boy and girl comes together before marriage, they chase this lifestyle of fulfilling their own carnal desires. But what happens is that they begin being governed by each other in various ways. We can see jealousy, insecurity, fear and overbearing tendencies make its way into their lives.

2 Samuel 13 tells a story about Amnon and Tamar. If you go on reading that story, after having a sexual encounter with Tamar, the Bible says that Amnon hated Tamar. The same girl for whom he fell head over heels for, is now the object of his hate and disgust. A soul tie operates powerfully in each person.

Truth doesn’t change over time. Lessons about the spiritual realm might sound like old fashioned notions to young ears, but that doesn’t make it irrelevant. The word of God reveals to us the foundational principles that this world has been built on. The Holy Spirit gives us the strength and wisdom to walk in God’s path. Until we are delivered from influences on our soul, we will remain hindered from discerning the direction of the Holy Spirit. The Bible comforts us, teaches us, and enlightens us but the Word also warns us. We are in a fallen world. Nothing here is as it was meant to be. It’s been perverted from its original purpose. None of it is worth gaining at the cost of our soul. But we can be made right with God through Christ Jesus. When Jesus shed his blood on the cross, God raised the value of each of us to be worthy of eternal, abundant life.  Our soul is now worth the sacrifice of Christ on the cross. So treat your soul as the precious treasure of God, purchased by the blood of Christ. Guard your soul from outside influence.

Philipians 4:7 says “..the peace of God, which surpasses all comprehension, will guard your hearts and your minds in Christ Jesus.”

Make no mistake about it, the only place your soul is safe is in the hands of the one who died to redeem it!!

This weeks blog is by Dr Abhimanu Gupta, a wise man of God with deep knowledge about spiritual principles. His mission has been to deliver people from spiritual bondages, edifying them through the gifts of the Holy Spirit.