A God of Suddenlies 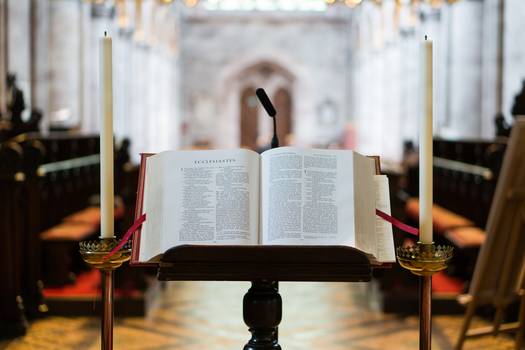 I was sitting in my pastor’s home on a pleasant Saturday morning, happily carrying out some official business that my pastor had entrusted to me when I began absentmindedly humming to myself. Engrossed in my work, I hadn’t noticed my pastor who had been paying attention to me. I was hitting a high note in my humming when suddenly, my pastor invited me to audition for the worship team as a backup singer. Everything within me froze. For someone who was convinced that her singing skills were akin to that of a wounded cow, this moment was absolutely terrifying.

I believe I could relate to Gideon and to Mary at that moment. These ordinary people had an extraordinary moment where God suddenly brought an incredible opportunity to their lives. Here we have a Gideon toiling in a cave, hiding from the Midianites and we have  Mary here, awaiting her wedding to the good carpenter Joseph. Both of them had their life sorted out. Both of them were aware of who they were and what their limitations were. And both of them suddenly, received a word from God when they became conscious of the heavenly presence in their room, calling them to a task much beyond their ability and imagination.

God called Gideon ‘a valiant warrior’ who is going to deliver Israel from the very Midianites he was hiding from.  He called Mary ‘a favoured one’ who is going to bear the Saviour in her womb despite being a virgin. Gideon was set on his identity of being the least in his family and in all of Israel, and suddenly God calls him to lead His people to victory. Mary, a virgin ready to settle down in life, was suddenly prepositioned with an unprecedented, supernatural miracle and the duty of birthing the Son of God, who will be the Saviour of the world.

When you carry favour, your life is not going to be a normal one. It will be supernatural and abnormal because God’s thoughts and ways regarding your life are much higher than the thoughts and ways any human mind can conceive. Sometimes you need to unsettle yourself, in order to settle into the perfect plans of God. Sometimes, that means that you throw away the plans and ideas you created for your life and embracing the wonderful surprises of the Father who has chosen to have favour upon you solely because of what His Son accomplished on our behalf.  All you need to do is acknowledge the presence of God in your life, who is going to empower you to live this incredible life that He has designed for you.

Gideon and Mary said yes to a God who suddenly called them into His extraordinary plan and He ensured that they left their mark on history. So with much joy and confidence, I invite you to say yes to the plans that God suddenly calls you to, because He who began a good work in you is faithful to complete it.