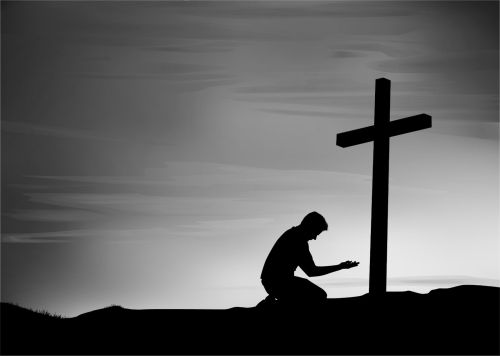 Last week, we discussed blood covenants and soul ties formed out of operating outside God’s perimeter of marriage. It is good to note that it is possible tie oneself up even with words. Proverbs 18:21 talks about the power in the tongue and the words. So use your words wisely. The promises people make to each other, the guarantees we give, do have power. Power to hold us accountable.

When life seems unfair and you feel defeated, it is always wise to do a spiritual checkup and align your soul with God’s purpose and plan for you. It’s prudent to seek help from those who are able to teach you about spiritual principles that are operating in your life. No one knows it all. That’s why we all need to be learners before the Holy Spirit.

Often ministers have encounters with people whoare struggling in their marriages. A woman once approached a minister at a prayer meeting, weeping bitterly over her marriage which was about to be broken. She had been married only for a year now, but everything was dark. The minister, being aware about soul ties and the oppression it brings to a person, asked her about her pre-marital relationship. After some hesitation, she admitted to it and said that she was in a relationship for 6 months, which she later broke off. Unbeknownst to her, her thoughts, mind and emotions were still being influenced by her previous relationship. The promises she made then, began to negatively affect her marriage. She needed to learn to pray, to trust in Jesus and surrender to God. The minister prayed for her in Jesus name and taught her to pray and she was comforted. She was able to complete bury the past and its influence over her. In a matter of months, the relationship was saved.

The past cannot be ignored. It can’t be hidden from God. The scars and the brokenness need the touch of Christ. Only through the redeeming blood of Christ, can we forgive and forget about things and people that previously held influence over our life. For the blameless, innocent, precious blood of Christ can cover every humiliation, every shame, guilt and fear. The God who cares for you has a plan for you that’s much better than your past.

Matthew 6:21 talks about “where the treasure of a man is, there is his heart as well.” If you keep your treasure in anyone else other than Jesus, you are running a risk of your treasure being stolen. Because the thief comes to steal. (John 10:10)

For those of you, who need freedom from soul-ties, from past mistakes and heartbreaks, SPEAK THIS PRAYER ALOUD AND WITH YOUR HEART.

Father in the name of Jesus, I take control and break every ungodly tie that is holding me captive. I forgive every person that hurt me and seared my soul. Let your grace enable me to completely forget. All the authority that my past had on me, I take it back. My past shall not rule me but Jesus. I release the freedom of Christ in every area of my life. I shall no more be a prisoner of despair and disappointment, but a prisoner of hope as your word says in Isaiah. Lord, I declare your blood up on my emotional health and relationships. I ask for godly relationships in my life. In Jesus name, Amen!!

This weeks blog is by Dr Abhimanu Gupta, a wise man of God with deep knowledge about spiritual principles. His mission has been to deliver people from spiritual bondages, edifying them through the gifts of the Holy Spirit.