﻿PART OF A PERFECTLY FUNCTIONAL FAMILY 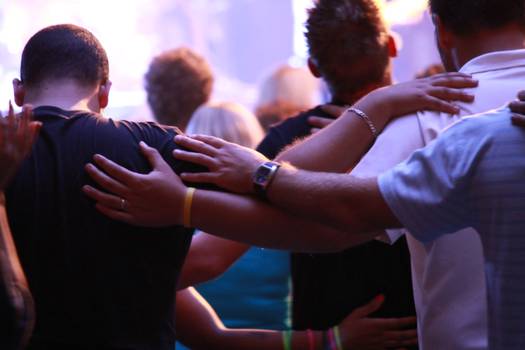 In the world today, children have been marred, their perceptions and behaviors affected, because they come from dysfunctional families. Abuse, sibling rivalry, divorce, murder and malicious intent to acquire an inheritance has widened the chasm of many souls. Psychiatric illnesses such as anxiety and depression have become a part of our ecosystem. So many are victims of guilt, shame, and various fears of their past and their future. You could even be part of a near perfect family and still be internally bruised by your past experiences or the words that your friends and neighbors have spoken over your life.

My earnest prayer is that as you finish reading this blog, no matter what the case, you would be able to realise and internalize the healing that you have been blessed with. Through Christ, you can be made whole on the outside and the inside, and are now part of a perfect family for eternity.

I was privileged to have a simple yet significant inspiration from the Holy Spirit as I was engaged in some thought a few days back. When John the Baptist said that “He must increase, but I must decrease” (John 3:30), he didn’t merely point out an increase in the dominion and authority of Christ but an increase in the very person of Christ in ourselves.

He was beaten so we could be whole. He was whipped so we could be healed. He was oppressed and treated harshly, yet he never said a word (Isaiah 53:5-7).

It is so relieving to know that the Saviour of the world took upon Himself the most vicious form of death devised by man, not only so that I am healed of my physical ailments but that I am set free from of the root cause of the ‘dis-ease’.

I’ve observed a common occurrence amongst the families of my friends where the elder ones were always burdened with a lot of responsibility while the younger ones seemed to pursue a happier, more free and creative lifestyle. The elder ones often nurture a lot of bitterness, hurt and offense within as they see the younger ones being able to receive a greater goodness in life. Now, these are emotions which, if not dealt with early on, can cause tremendous harm not only to the individual but also to the society. Some examples are seen in the bible like Cain, Esau, the elder brother of the prodigal son or even Martha. We could blame them for their attitudes but have we ever looked at the root cause of their behaviour? All they needed was a little more grip on son ship, a slightly better understanding that they have a loving and just father and a little more revelation that they are part of a loving family. All they had to do was receive the love and acceptance that was freely given to them. I say this because in a perfectly functional family, there are no differences in the privileges given to the children and all are mentored equally in discipline, behaviour and emotion.

Health is not defined as the mere absence of a disease or infirmity but a state of complete physical, mental and social well-being. You could have a great intellect and still be a failure because your soul is weary. The realization that you and I have been made part of an eternal family comes as a soul-solution to a multitude of problems. We have been healed not only on the outside but made whole in the inner man because of the atonement of a spotless lamb. We don’t need to walk around carrying a heavy luggage of inferiority, offense, rejection and abuse. It was all laid on him. We have been set free not only of innumerable transgressions but also from bondages of emotions that are hard to express. You and I are free beings, free to live, free in Christ. To open up your minds, salvation is not just a mere ticket to heaven but a path to prosper in all things, even as your soul prospers (3 John 2:2).

So knowing that you have a Father in Heaven who loves you unconditionally, the question is how would you treat yourself, your children and your neighbors? How would we respond to conflicts? I pray that the finished work of the cross would not only heal your body or save your spirits from eternal damnation but heal your souls and make you more like Christ every day.