In this sermon podcast, we have Ps Nimfi Abraham ministering to us on the need for ‘Communion with God’

House of Healing Minitries i a grace-based church operating in the university towns of Manipal and Mangalore. 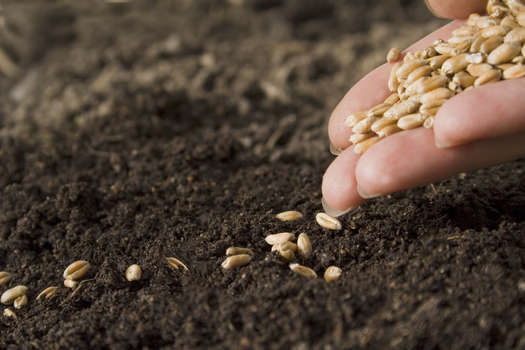 Even though Solomon was ordained to build the temple, David prepared for the work that Solomon had to undertake out of adoration, love, and sincerity toward God. David not only wanted to offer the best treasures he had to God but he disciplined himself to prepare wholeheartedly to accomplish what he wanted to do. No matter what he went through, no matter what season he faced, he kept preparing himself to fulfill his desire to honor God by partnering in the building of the temple.

“For this child I prayed, and the Lord has granted me my petition which I asked of Him. Therefore I also have lent him to the Lord; as long as he lives he shall be lent to the Lord.”1 Samuel 1:27,28

Hannah was barren for many years. Peninnah provoked her severely, to make her miserable because the Lord had closed her womb. Hannah prayed to the Lord asking him for a child who she will dedicate to the service of God if her prayer is granted. Soon she was with child and she named him Samuel. Samuel was her prayer, petition, dream and need. When Samuel was given to her she gave him right back into the service of God. Hannah could part with her great treasure, her son, because she had prepared herself mentally from the very beginning.

When she entrusted her treasure to honor her God. It was an act of reverence acknowledging the giver for the marvelous thing He did for her .  In giving away Samuel, not only was Hannah blessed with another child to love and care for but Samuel became a primary piece in shaping the purpose God had for the land. Hannah received her double portion from the right hand of God.

Beloved, we often desire to give God something dear or important from a heart of gratitude. The bible teaches us that its beneficial to prepare the seed that you intend to sow, so that you can gladly give with trust and cheerfulness. If you intend to sow financially it is good if you prepare yourselves early in the week for what you want to give.( On the first day of every week, each of you is to put something aside and store it up, as he may prosper, so that there will be no collecting when I come. Paul to the Corinthians in 1 Corinthians 16:2).

If you intend to spend your time serving God, you would be better equipped to do so if you plan your schedule in advance so that whatever time you wish to put in will be spent without distractions of the day. Be accountable and disciplined in this matter as He is worthy of all honor and glory and praise.

Give, and it will be given to you. A good measure, pressed down, shaken together and running over, will be poured into your lap. (Luke 6:38) 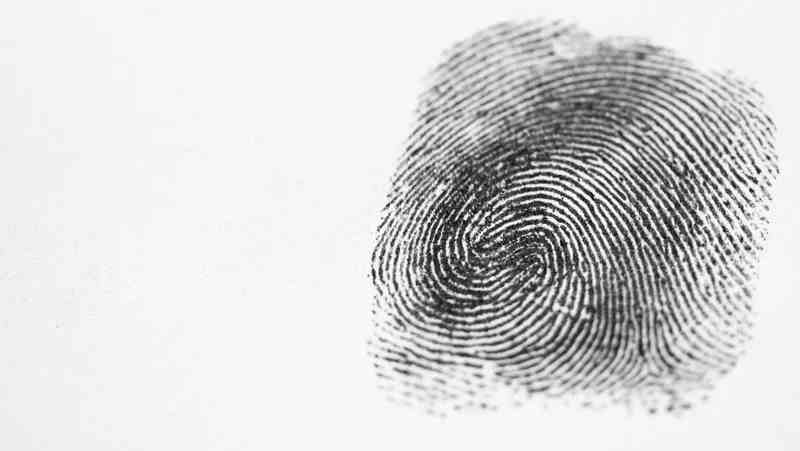 The giving series 2: Giving up your identity

The more we let God take us over, the more truly ourselves we become – C S Lewis

Anyone who has had an encounter with God will know we have nothing to bring to the table but our flawed imperfect selves. Often, we become ready to meet God once we hit rock bottom. So many of us have met Him when we felt cursed, defeated, broken, shabby, unfaithful or empty-handed and each time He has met us with acceptance and love.

Born out of incest between Lot and his daughter, Moabites were always at odds with the nation of Israel.

No Ammonite or Moabite or any of their descendants may enter the assembly of the Lord, not even in the tenth generation. 4For they did not come to meet you with bread and water on your way when you came out of Egypt, and they hired Balaam to pronounce a curse on you. 5However, the Lord your God would not listen to Balaam but turned the curse into a blessing for you, because the Lord your God loves you. 6Do not seek a treaty of friendship with them as long as you live. (Deuteronomy 23:3-6)

From Balaak the Moabite king trying to curse Israel out of fear and jealousy (Numbers 25)  to the many times liaisons with Moabite women led to idolatry and downfall of Israel, history shows Moab as the cursed infiltrator who seeks the destruction of the people of God (1 Kings 11, Nehemiah 2,6). Ruth, the Moabite was part of this cursed bloodline when she married the son of Naomi and Elimelech. For ten years she remained barren and then her husband died.  So far in this story, Ruth is a cursed, barren and widowed woman from Moab.

Her story changes when she made a commitment to a new identity. When Naomi asks Ruth to go back to Moab to marry and live as a Moabite, Ruth’s response to her old mother-in-law is both brave and breathtaking.

“Entreat me not to leave you, Or to turn back from following after you;
For wherever you go, I will go; And wherever you lodge, I will lodge;
Your people shall be my people, And your God, my God.
Where you die, I will die, And there will I be buried.
The Lord do so to me, and more also, If anything but death parts you and me.” (Ruth 1:16-17)

With no assurance of being accepted or fruitful Ruth dug her heels and clung to her Israelite mother in law, forsaking everything that she is familiar with. She was ready to step out of her history and submit to the direction of her life, to the living God.

She faithfully served Naomi expecting nothing back and then God began working for her. Ruth, the cursed woman that we see at the beginning of the story meets Boaz, who redeems her.

So Boaz took Ruth, and she became his wife. And he went in to her, and the Lord gave her conception, and she bore a son. (Ruth 4:13)

Ruth, the barren woman now holds a son named Obed who became a sign of God’s benevolence towards Naomi and Ruth. Ruth, the widow was found by Boaz, a prominent Hebrew and a gentleman with good report and is now his wife. Ruth the Moabitess was wholly accepted by God so much so that she would become the great-grandmother of David and then of Christ, through the Davidic bloodline.

Every time we surrender our identity to God he will put over us the identity we have in Christ. Every time you let go of your history and cling to the future with God and his people, God begins the work of restoration in your life. Every time you give up your emptiness to Him, you will bear fruit in Christ.

Sometimes giving up your identity to God’s will can come at a cost of losing out on what was once familiar and stepping into territories that are unknown. It may cost you your community, your family, right standing in the only society you have known. Yet clinging to Him will ensure your reward is pressed down, shaken together and running over. 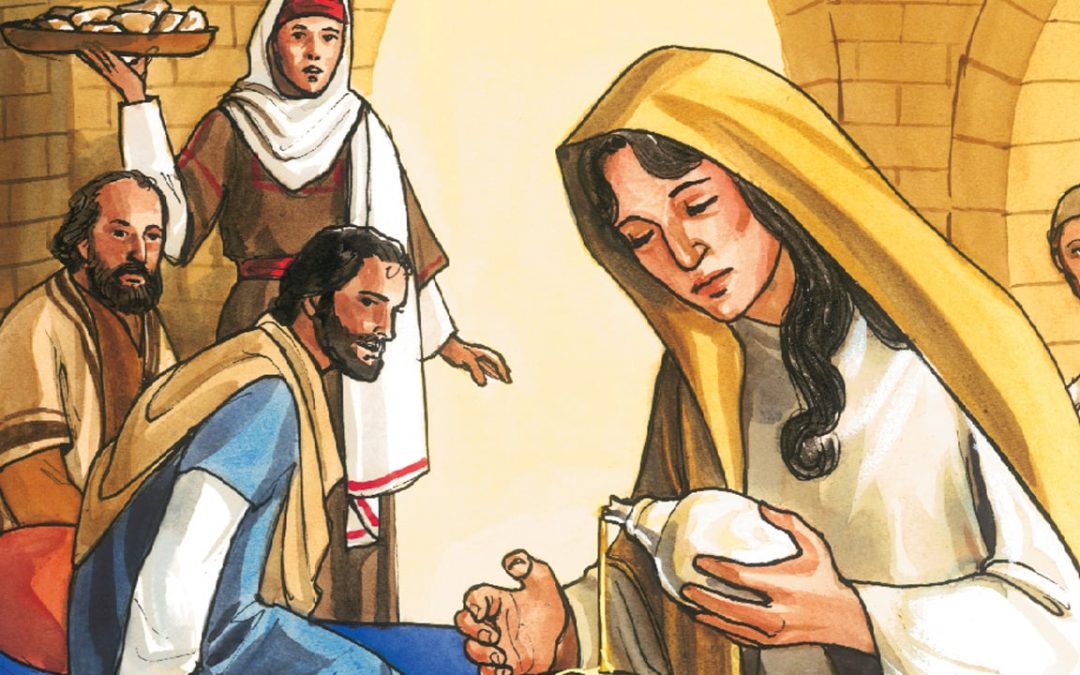 The Giving Series 1: An Unexpected Exchange

This short narration from Luke throws light on the act of giving and its importance in our walk with God.

“And behold, a woman in the city who was a sinner, when she knew that END_OF_DOCUMENT_TOKEN_TO_BE_REPLACED 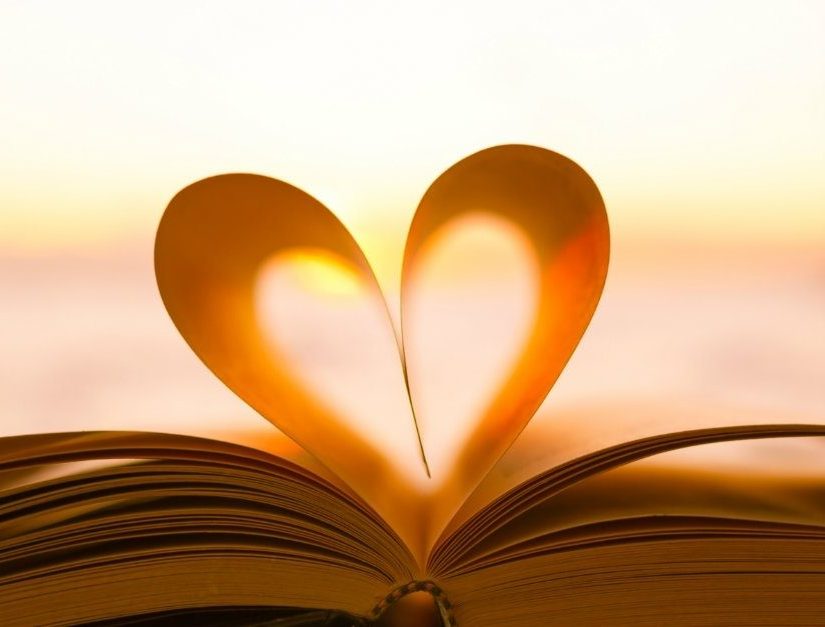 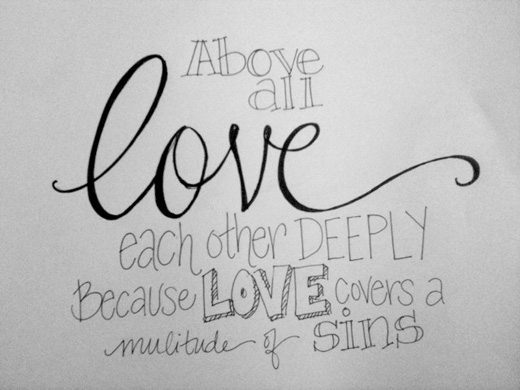